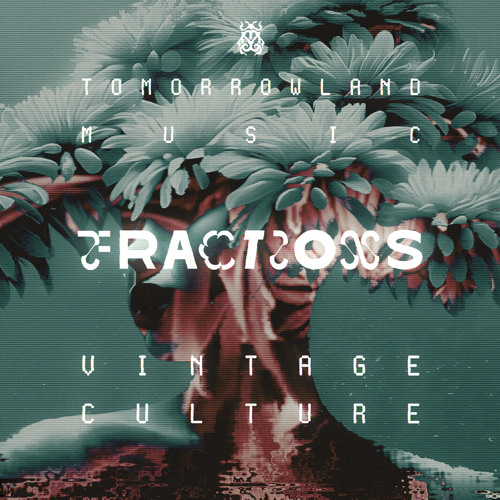 Closing off the year in style, Brazilian artist Vintage Culture once again demonstrates his musical capabilities on a special two-track EP, out today on Tomorrowland Music.
Stream & Buy: https://tomorrowland.lnk.to/Fractions
Featuring two of his biggest club tracks of 2022 (‘Fractions’ and ‘Agape’), one of dance music’s most acclaimed artists has curated the ultimate crowd pleaser for an energy-fueled club night, bound to captivate dancefloors in gripping fashion.
Describing the release as an end-of-year gift to his fans, Vintage Culture says “2022 was one of the best years of my life. I want to say thank you to the fans and the Tomorrowland family, with 2 strong club tracks to carry us through the holiday season. Now, with 2023 almost upon us, let’s finish off this year in a big way with ‘Agape’ and ‘Fractions.’”
‘Fractions’ comes in the shape of a dark, brooding progressive instrumental with tension rising throughout the entire tune, while the drop features an eye-opening synth that tingles the brain just right. Vintage Culture has closed out both his Tomorrowland performances at the iconic main stage and the magical Crystal Garden in July with ‘Fractions’, while he played the track as the opener of his at Tomorrowland Winter in March. As a cherry on top, ‘Fractions’ was featured in the Official Tomorrowland Belgium 2022 Aftermovie. ‘Agape’, meanwhile, is a slick progressive house weapon. Pairing glistening synths with melodic breakdowns, the track perfectly captures Vintage Culture’s unique production style.
From the tiny municipality of Mundo Novo, Vintage Culture has risen to international stardom through his songwriting, studio productions and charismatic stage presence. Already a household name in his homeland of Brazil, he has really been announced as the world’s #1 house DJ in the DJ Mag ‘Top 100’, while climbing to #11 in the overall poll. His career took off in 2019 following the release of his Jorja Smith and Maverick Sabre remix, and Vintage Culture has since enjoyed Platinum success on multiple singles, as well as topping the Billboard Club / Dance and Spotify Dance Charts. Having collaborated with the likes of Roland Clark, Tiësto, Maxi Jazz, Sonny Fodera, Anabel Englund and, most recently, Swedish House Mafia, he is known for his irresistible melodies combined with driving instrumental rhythms to create a mesmerising style and sound which is uniquely recognisable.
Vintage Culture rounds off his biggest year yet with two more refined dance floor cuts.
Posted inPress
TagsFractions Tomorrowland Tomorrowland Music Vintage Culture