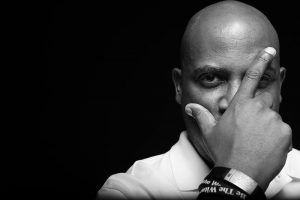 Presskit DJ Spen:
Spen began his career at the age of 13, producing mix shows for WEBB AM in Baltimore. Even at that young age, Spen founded one of the area’s first hip hop production groups, the Numarx. In 1986 they wrote and recorded a track called “Girl You Know It’s True”, which was later covered and made famous by Milli Vanilli. Spen’s production talents lead him to Basement Boys Records in 1989. With the formation of The Basement Boys record label in 1994, Spen formed Jasper Street Company, and released his first full production, A Feelin. With the Basement Boys and Jasper Street, Spen gained consistent commercial and dancefloor success, and became an in-demand remix producer. He has created remixes for some of clubland’s biggest names, such as Diana Ross, Michael Jackson, Everything but the Girl, Toni Braxton, Kirk Franklin, Ann Nesby, and Shaun Escoffery. While at Basement Boys, Spen partnered with Teddy Douglas, Thommy Davis and Karizma to create works that are still considered house anthems.

We had the chance to talk with DJ Spen about his new Release Party People on his unquantize Label and the Quantize Quarantine Weekender in this trouble times in music scene .

LTU: Hello DJ Spen, thanks for interview chance and congrats to your 200th release on your sublabel Unquantize. What do you associate with this Release ?

DJ Spen: Thanks for having me. I really appreciate it. I am really excited about reaching our 200th release on Unquantize. For me this release is like coming full circle. I worked with Crystal Waters early in my career – really at the very beginning of my transition from hip-hop/R&B to dance music. And the timing of the release is really perfect. It is just a happy song and people need that during times like this.

LTU: Tell us about the collab with house legend Crystal Waters?

DJ Spen: It was really good. I have known Crystal for about 25 years or more I guess. She is the consummate professional. So we sent Crystal a couple different tracks. She called me and told me she liked one and was writing something to it. About two weeks later she came with the song completely written. I was blown away. 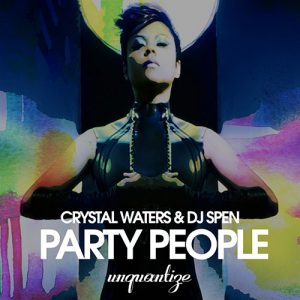 LTU: You said “I don’t like the restrictions of genre”. In which genres are you currently exploring and where is the journey going for you?

DJ Spen: I am excited because I am working on a variety of projects that are not the typical DJ Spen soulful house music. I have some deep-house oriented projects and I am working on some down-tempo projects as well. With everything I do, I look for ways to bring in some funk, school r&b, gospel, or even some rock. I had a major label send me the vocals for a track by a well-known hip hop artist. Definitely not something I would normally do. I did a remix anyway and I played it a few times in my virtual sessions. People definitely liked it. Shortly after I finished it, I learned that the artist did a remix with Beyonce and I thought “well there goes the chance that they use my remix”

LTU: And which tools do you currently focus on in the studio to enhance your signature sound?

DJ Spen: I am working with Serato Sample which has really opened my abilities to cut and re-arrange samples. It is one of my favorite tools at the moment.

LTU: Let us know about the idea for the „Quantize Quarantine Weekender“ and the implementation for this Event ?

DJ Spen: It’s something I definitely would not have imagined. My wife Kelly is the Vice President of the record label and she is very accustomed to doing a lot of the behind the scenes works. She organized the label’s first party right before the pandemic, here in Baltimore, and it was a major success. She had just started really playing with ideas to start taking the party to other cities. So when we realized this quarantine situation was going to go on for a while, she said you need to give your social media platform to up and coming DJs. That is something we really believe in with the label and we have done it with demo and remix contests, but never anything like this. So, we put the word out on social media and received something like 400 emails of DJs wanting to let their talents be heard. Kelly listened to a lot of the mixes and just started selecting people to be “winners” We ran several each week for a few weeks and then she said “let’s make it a festival”. It was amazing how it came together. Kelly is really good at planning and organizing. She did it in about 10 days. All the guest DJs were very excited to participate and Kelly asked me to get some heavy hitters so I reached out to David Morales, John Morales, Simon Dunmore, David Harness, Reelsoul and DJ Rae and they all agreed.

LTU: What is your result after this Virtual Festival and will this be now a Part of Music Events in the future ?

DJ Spen: It was a really good 4 days. We have gotten a lot of positive response. I am guessing that just like a live festival, the organizers don’t sleep much and we really did not. We were in the chat room talking to our “guests” and monitoring the technology during the entire 4 days. It was very tiring but really nice to connect with the fans. For me it was nice to have a chance to actually listen to other DJs. There was some really good music played. I don’t think the festival life has seen the last of us. Whether that is in person or virtual remains to be seen.

LTU: Special times at the moment – how do you spend it ? In the studio for producing or with the family ?

DJ Spen: I am spending a lot of time with my family, which is very nice. I am helping my daughter with her lessons which is very interesting to say the least. I have also gotten into learning about live streaming. I never thought I would be doing that but the very first week that we went on lock down, my wife said I needed to do it. She came up with the names Quantize Quarantine Sessions and Pandemic Praise Party (where I play gospel house). We have met a lot of people and connected with some of my fans that I usually see at festivals all over the world. It has been really good to connect with them in chat rooms and that sort of thing. So many people have reached out to me about my music encouraging them and that makes it worth it. I have also had a lot of opportunities for late night or early morning sessions working on productions when the creative mood strikes. That has been good.

LTU: What was the last gig before the virus break ? Tell us about it.

DJ Spen: The last gig before the virus outbreak was in the north of England at Minehead. It is a seaside resort where they have a lot of festivals. It was a Sunday night and the crowd was noticeably smaller. I was told many people had gone home. Right up to a few hours before the gig we didn’t know if it was even going to take place. I was flying over from the States but I went even with the uncertainty because my wife was over visiting friends and I wanted us to fly back to the US together. It was really interesting and I somehow knew it was the last gig I would be playing for a long time. It was actually a little sad and definitely not one of my favorite gigs. Joey Negro came on after me. Normally, we would talk and listen to each other play for a while but we both just went in and did our jo and left.

LTU: Do you feel some changes in this trouble time in Baltimore ?

DJ Spen: Well in terms of music, Baltimore has always leaned on music as sort of a healing and spiritual thing and I think we will continue to do that. It has been a good time for many of the DJs who may not necessarily get a lot of attention or spotlight. So many people have asked me about some of the Baltimore DJs like KW Griff and Jordan Pope. I had both of them on the weekender and they absolutely smashed it.

Socially speaking, I don’t think it is a time of trouble just for Baltimore. I believe it is a time of trouble for the entire world. But it is also a time of change. The pandemic has caused a lot of people to re-evaluate some things like what is truly important to them, family, relationships, etc. When life as you know it suddenly stops and you are forced to stay still I think that has a way of making people think. I hope it is a wake up call. The same thing can be said about the racial injustice that has always been there. But people are at home, people are not going on with their lives and ignoring what is happening. When you see a video of a man being killed and you can’t explain it away, you can’t justify it, you can’t say he was threatening or that he had a weapon, that is a strong message and a harsh truth about what is happening. When you see three armed officers standing right there while their fellow officer pushes his knee into the neck of a man lying on the ground with his hands behind his back, that is an image that should haunt people and terrify people and shock people. I think it is a good time for some changes.

LTU: What’s next on the DJ Spen & Quantize agenda?

DJ Spen: I have a DJ Spen album coming by the end of the year. I am working on that now and am really excited about it. As far as Quantize, I think you will see us continuing to stretch a little bit outside our comfort zone while still focusing on our mission of helping artists share their music with the world. We have continued to put out at least 2 projects every week and that will likely go on for the foreseeable future. There may be some parties or other events and I would like to do some workshops or seminars with up and coming producers. One thing I have really enjoyed is doing the Pandemic Praise Party featuring inspirational and gospel house music, so I would love to continue to do that with some regularity and maybe even talk to a festival or large event organizer about hosting it at their event.

LTU: Thanks for the Interview and check here the Release with DJ Spen & Crystal Waters (UNQTZ200) on Traxsource.