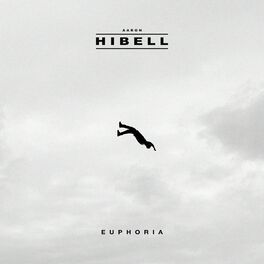 Following his official remixes for John Summit & Diplo on FFRR, HIBELL now reveals his debut single release ‘Euphoria’. Releasing on the culturally important FFRR imprint, HIBELL sits on the label roster alongside legendary artists ranging from Orbital, Armand Van Helden, and Lil’ Louis to recent stars including Eats Everything and Sam Gellaitry.
Exhibiting a deep appreciation for progression, emotion and creating cinematic expression through sound, ‘Euphoria’ uniquely intertwines trance, techno, ambient and progressive house for a dark, melodic heater aimed squarely for the dancefloor.
“The moment I heard the hook on Euphoria, I knew I wanted to make something dark and clubby which ascended into a massive euphoric moment with sweeping synths and emotive strings.I love the way this track drives and builds, and I feel like this record showcases the DNA of what makes up my sound. It gives scope and insight to the listener to expect a whole range of emotions and timbres in my future releases, perhaps a darker techno record from me or even a full-blown orchestral track.”HIBELL
UK born, HIBELL, is a DJ/Producer with passions as a sound engineer as well as audio-visual expression. In 2021, he started sharing previews of songs from his forthcoming ‘Monastery of Sound’ album through livestreams at the now iconic monastery location close to his home. This was followed up with a mixtape release that amassed over 400,000 streams within the first month alone & has secured him support from Red Bull, The Olympics, World Athletics and F-1 Racing as well as artist backing from the likes of Martin Garrix, Tiësto and ARTBAT.HIBELL is continuing to up the ante this summer releasing ‘Euphoria’ as his debut single with more to follow as well as performing his first ever audio-visual experience live at venue’s including Mysteryland’s mainstage.
Posted inPress